Columbia is a remarkably diverse and integrated community when compared to the region, which is highly segregated. When looking at recently-released data from the Othering and Belonging Institute of the University of California at Berkeley, we see that Over the past 40 years, census tracts in Columbia have changed from racially integrated in 1980 to somewhat segregated in 2020. This is worrisome. It appears that as our villages have aged, patterns of segregation have emerged that run counter to the original vision for Columbia. We know — based on national experience — that if an area is no longer seen as desirable by one or more racial groups, that loss of demand affects not only home values, schools and achievement levels,  and other measures of prosperity, but the very spirit of a place.

Zoom in to view five maps that help illustrate what has occurred since 1980. Census tracts are shaded a certain color to depict the level of segregation. Blue tracts are racially integrated. Grey tracts show low to medium segregation. Red and purple tracts show high segregation of people of color and white residents, respectively. In 1980, 13 years after Columbia’s founding, as you would expect given Columbia’s vision, you see an integrated community consisting mostly of black and white residents in the Columbia villages that were developed first – Wilde Lake, Long Reach, Owen Brown, Harper’s Choice and Town Center, as compared to the areas around Columbia, which were showing high levels of white segregation. Over the next 40 years you can observe patterns as Columbia develops that appear to show older villages losing that racial integration.

Click here for more information on the Othering and Belonging Institute Data and mapping project. 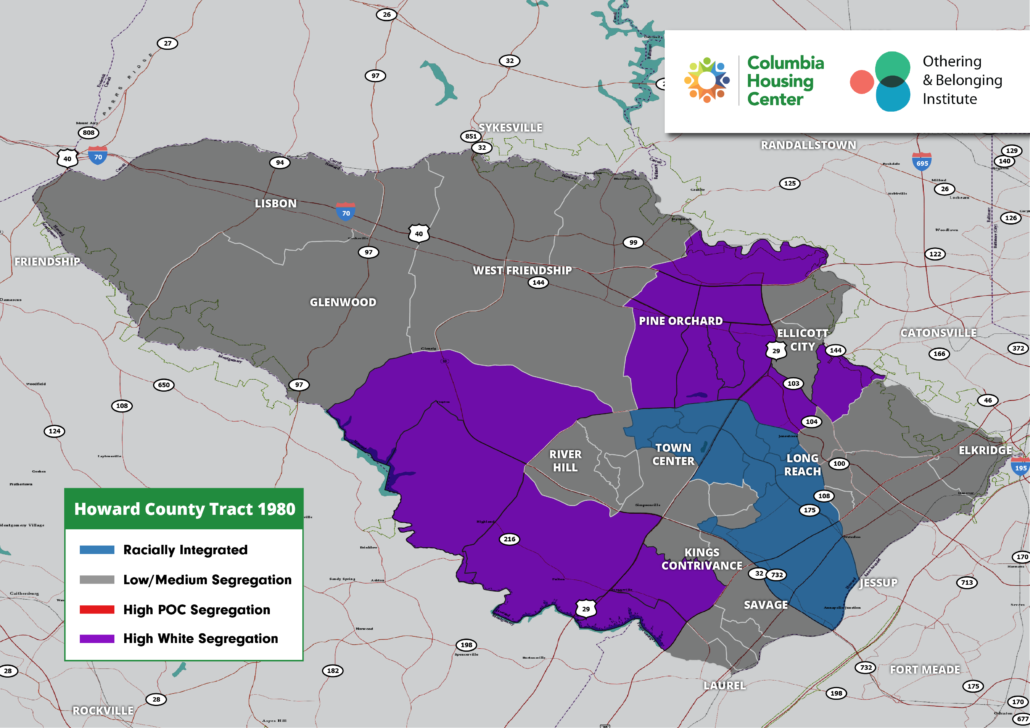 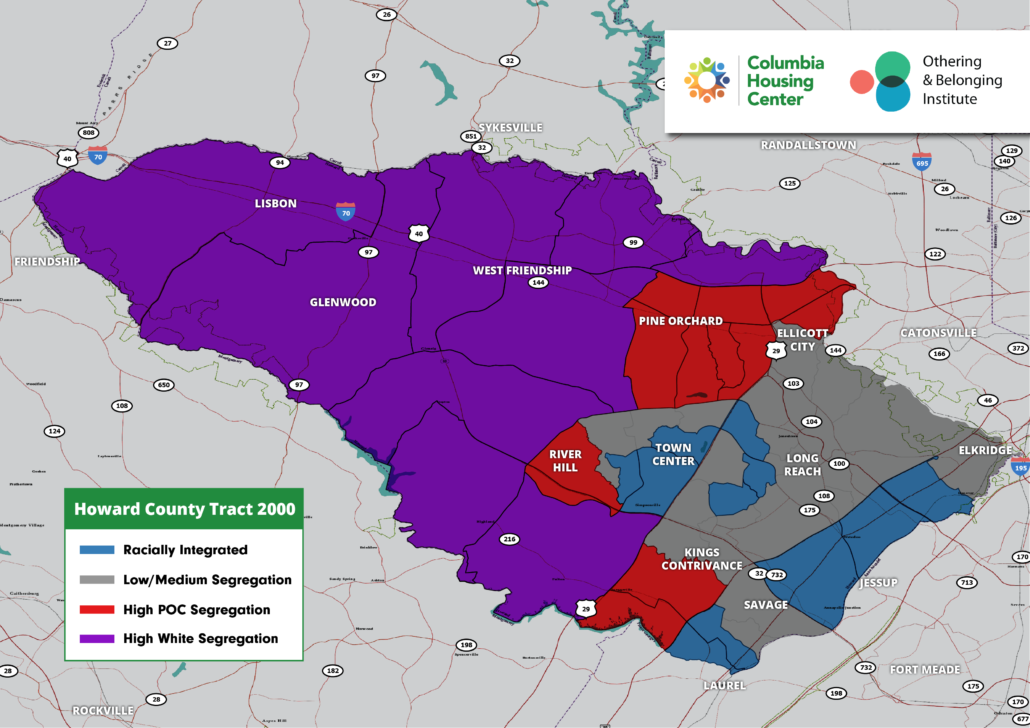 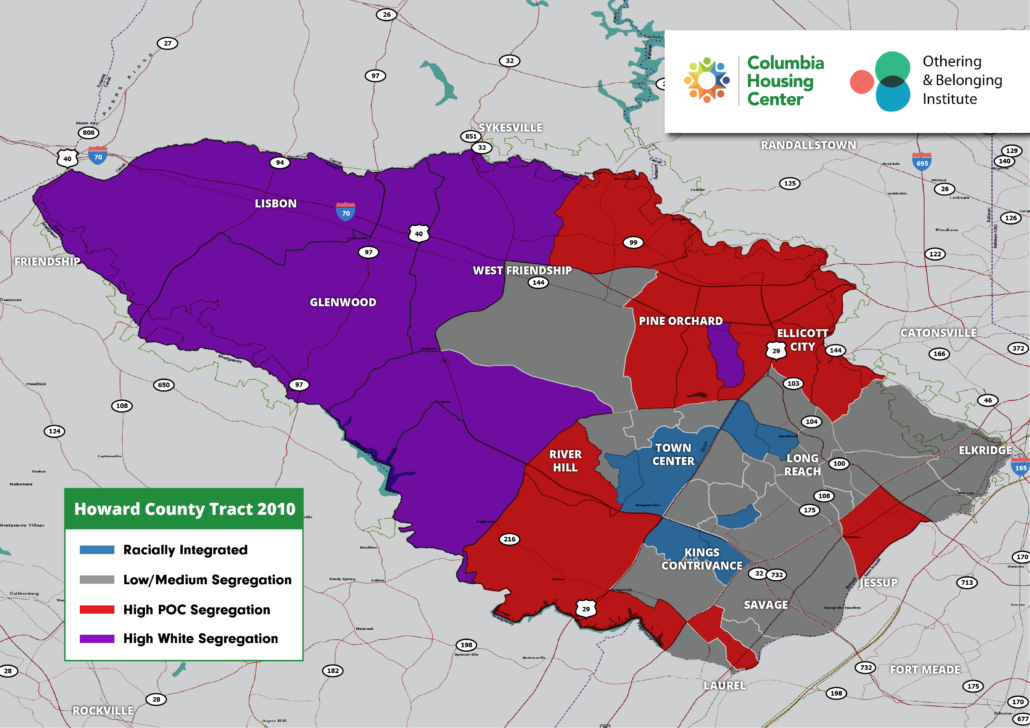 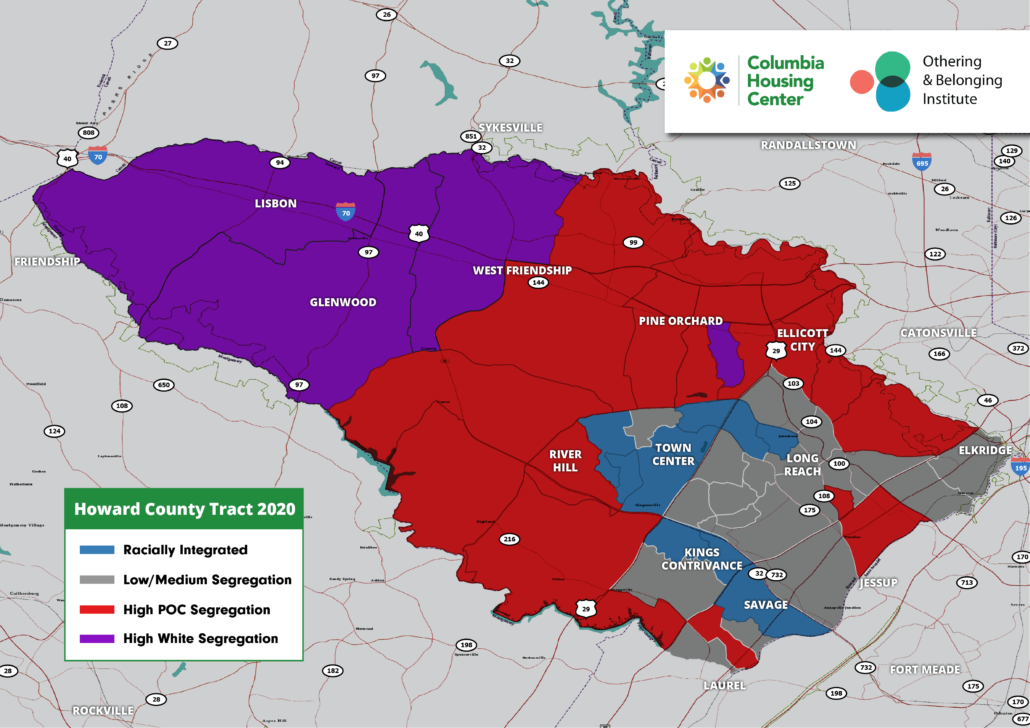 Sustaining our community as an integrated one that is attractive and welcoming to all is critically important. It positively affects property values, education equity, social cohesion and civic life. Now is the time — before any significant segregation patterns emerge — to promote the racial integration that has made our community a thriving national model.